One of the biggest pain points of owning a modern Dodge Charger is that the rear visibility is basically nil. A backup camera was offered on the vehicle to compensate, but I bought mine used and the previous owner did not buy that option. Thankfully, there a couple sellers that offer the OEM part on Amazon.

The one I bought varies from $225-$350 ($228 at time of purchase), and comes with the tail light, wiring harness, and about 20 pages from the FSM describing how to install the wiring harness. On the Charger the rear view camera is built into the tail light, if equiped, so to add the camera you need to replace the whole light assembly. 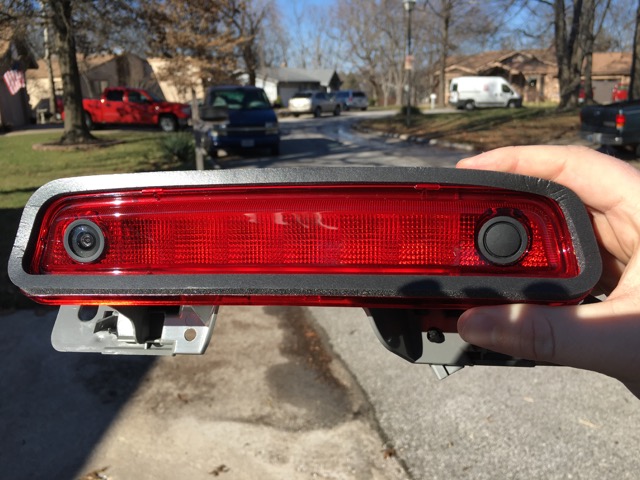 The old light without a camera hole. 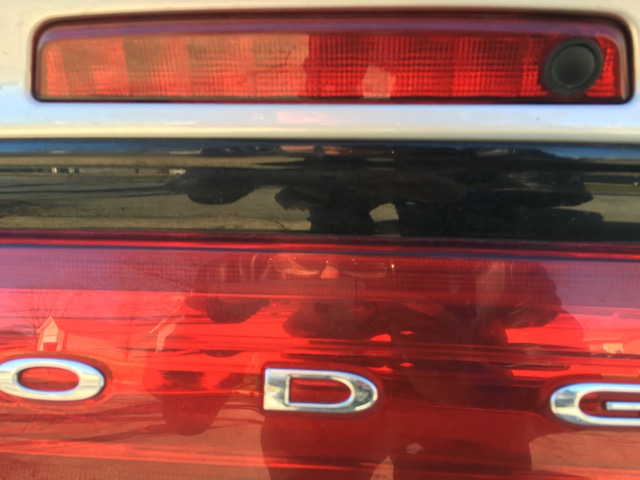 Open the trunk. Once open, you will need to remove the security box in this picture. 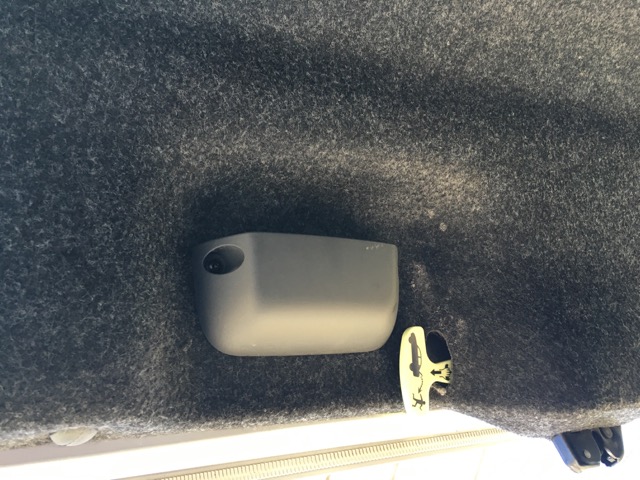 It is held in with a couple of small torx screws. 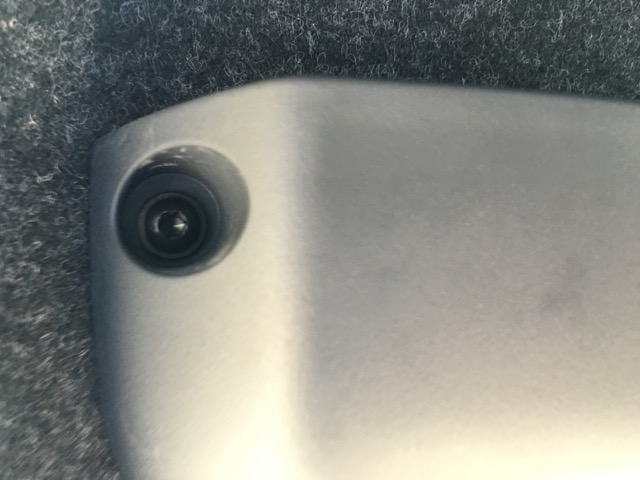 Then, each corner of the lid is covered with plastic peice. They are held in place with a plastic christmas tree. There are specialty puller tools you can buy, but I found the claw side of a hammer works just as well. Once the plug is out, the plastic cover should slide off. 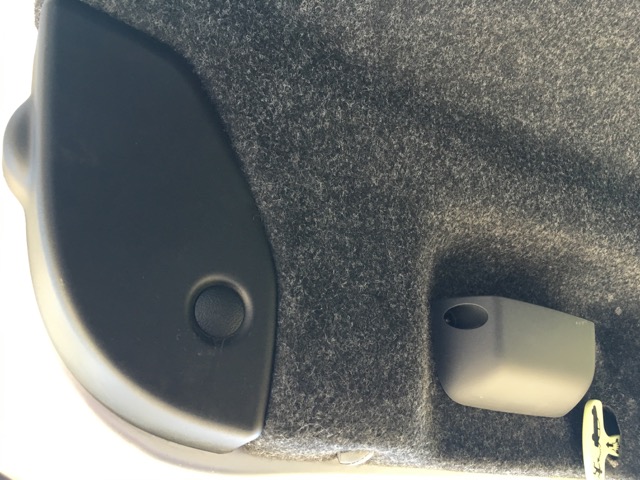 Then there are 4 more christmas tree plugs holding the felt liner on that must be removed (at least on my 2012). 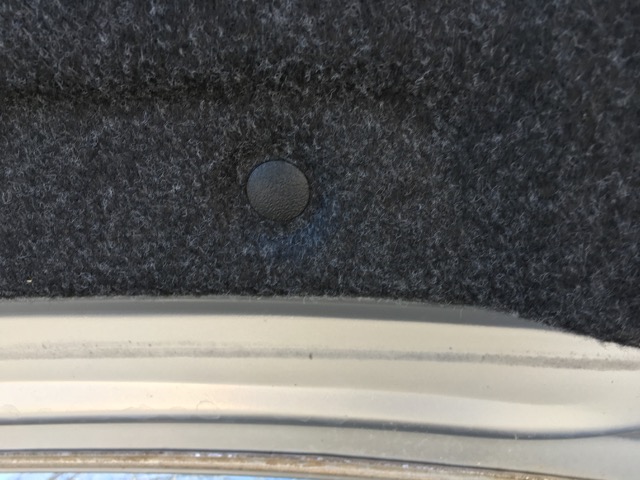 Once they are out, the felt liner should pull right off. 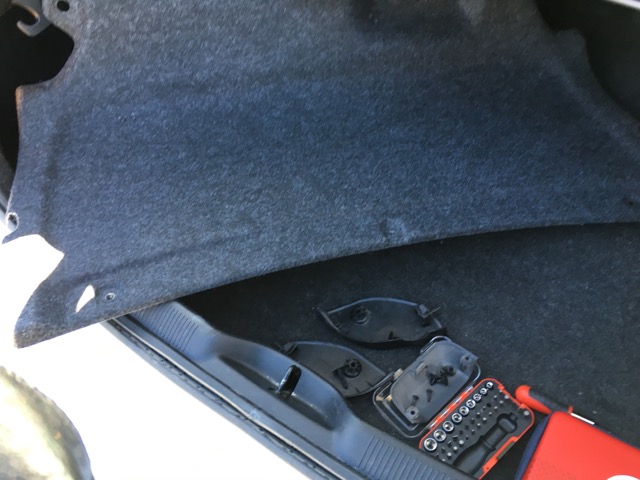 With the lid open, should should have clear access to the center tail light. 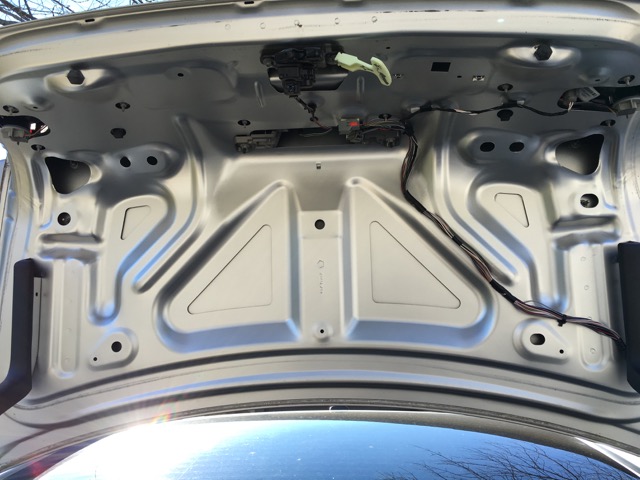 It is just held on with a pair of small bolts and also clips into place. 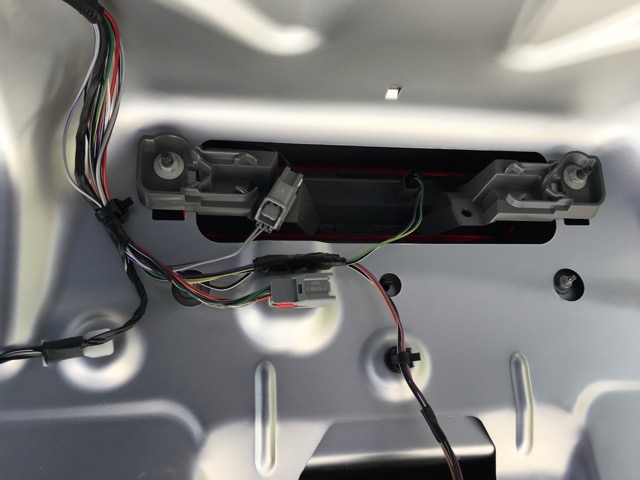 If you look closely, you will see an extra plug not connected to anything. My 2012 was already pre-wired for the backup camera. From what I have read, most Chargers with the 8.4 Uconnect screen should already be wired, so you should not need the wiring harness that came with the new light. If yours was not factory wired, you will need to follow the FSM directions included in the package to install the included harness. Good luck with that, as it looked like there was a lot of removing interior panels involved.

Once you have removed and disconnected the original light, just connect and bolt in the new one. 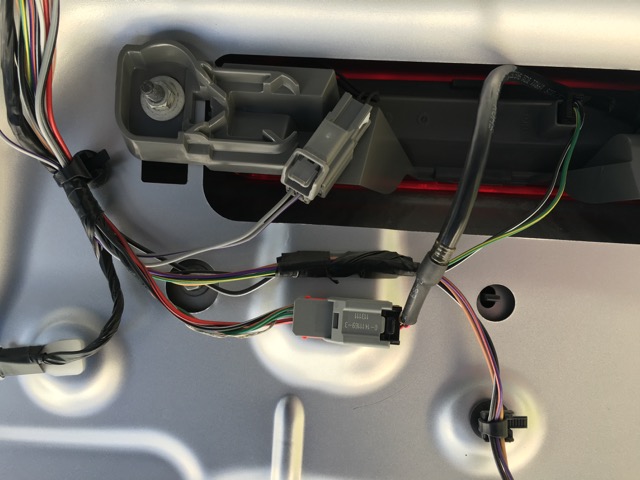 Once everything is strapped back in, replace the felt and the secured box and you should be done. The new light looks just like the old with the the addition of a camera on the left. 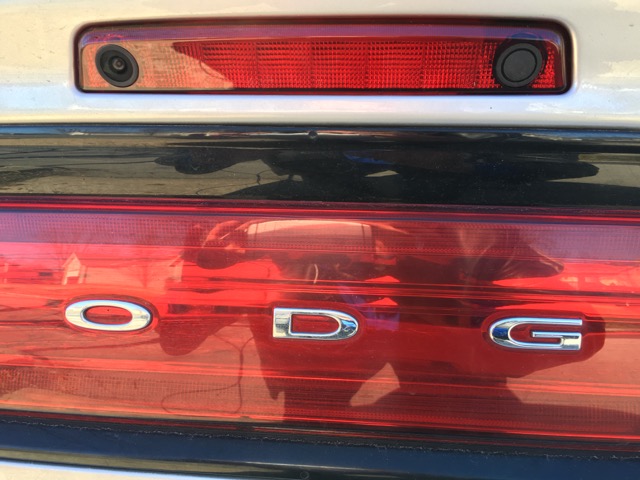 At this point it is installed and the light and trunk release work, but the camera still does not display on the Uconnect system when I am in reverse. I need to take it to the dealer and have them add the camera option to my VIN and flash the Uconnect firmware. 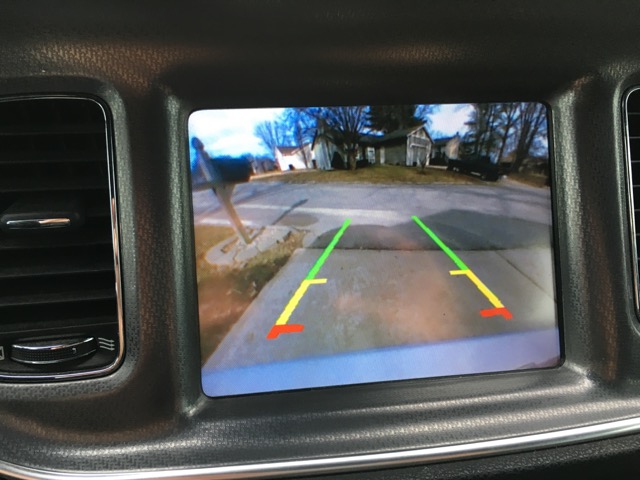 I finally got the dealer and had them update the sales code for my vehicle and flash the Uconnect firmware. When in reverse, the view the from the camera fills the entire 8.4" screen. The picture quality is meh, and the bottom 1/10th is a shot of my bumper, but otherwise it works fine. I’ve finally got some rear visibility when backing up!